Ever notice that you’re feeling like a zombie all day, even though you’ve slept for a good 7–9 hours? Believe it or not, getting good amount of sleep rarely equals a well-rested body. Let’s explain why you could be tired.

Disclaimer: Medical conditions like chronic fatigue syndrome, systematic exertion intolerance, or other ailments usually connected to constant tiredness won’t be covered in this article. What will be covered are common feelings of fatigue that many people in society experience from time to time.

1. First off, are you getting any exercise at all? 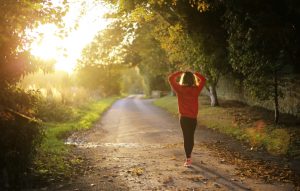 Study after study has shown that adults who do light exercise (just regular stretching) only 2–3 times per week reported better levels of energy in just 6 weeks.

Not only that, they also reported better quality of sleep; even though they haven’t slept any longer than the control group.

The good news is, you don’t have to do crazy aerobics or get a mini gym in your home to achieve this. Just regular walking for around 20 minutes outside each day will help you out tremendously, as well as keeping you healthier overall.

2. Not enough Vitamin D in your body? Go for a walk in the sun!

You’ve probably heard the talk about Vitamin D being so important for us humans: It plays a huge role in keeping your bones healthy, your immune system working, it helps out your lungs, and so on.

But there’s something else that Vitamin D also does:

It helps you avoid fatigue.

This is why it is SO CRUCIAL that you get enough of it every day. 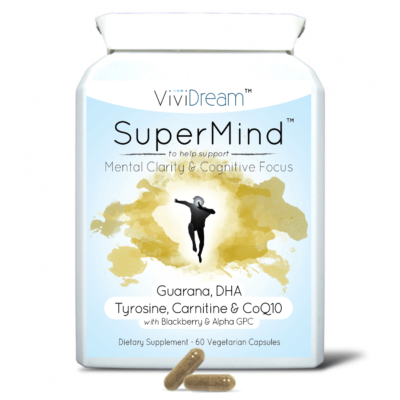 And how does your body produce this vitamin? By getting exposed to sunlight.

Before we go on, know that exposure to sunlight through windows is insufficient because glass almost completely blocks ultraviolet B light?—?the one that actually triggers the production of Vitamin D in our body.

Therefore, the best solution is actually going outside.

You can easily achieve this by going on that 20-minute walk we mentioned above. Additionally, sunbathing in 20–25°C weather will do wonders.

If, however, you live in a colder climate (UK included), during winter months you might also try getting some Vitamin D supplements in your diet.

Moreover, switching to vegetarian or vegan diets can cause some problems if not done properly. 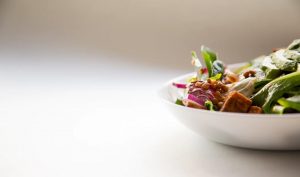 Changing your diet to the one with no meat or animal products is usually a healthy choice, but you should consider the benefits of meat that can’t be sufficed by other food.

For a few months after you stop eating meat and/or other animal products, you can experience a period of worsening fatigue like:

–  Having to motivate yourself to go out and do simple errands,

A good measure is always to just do a simple blood test.

If your results show a deficiency in vitamins D or B12, which are usually found in animal products, it might be time to get supplements.

Because, like Vitamin D, B12 also plays an enormous role in keeping you alert.

It produces red blood cells that carry oxygen to all parts of the body, burns fat and carbohydrate, controls energy levels, the nervous system, and most importantly, it helps produce melatonin?—?our sleep hormone.

Luckily, you can easily supplement B12 which isn’t so expensive. You may need to take other supplements in combination with vitamin B12. Check with your doctor to see what will work best for you.

But maybe your alarm clock is the culprit…

4. Are you disrupting your sleep cycles? 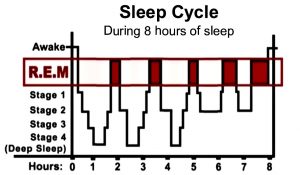 Your sleep actually happens in 5 different stages, changing between light and deep sleep until you hit REM sleep (where the most dreams take place) these are called sleep cycles. We naturally wake up during or after REM sleep.

In the olden days without electricity, our sleep was much in tune with the day/night cycle, and because of this, we would almost always wake up at the end of a sleep cycle, thus feeling well-rested by default.

But nowadays, we stay up much longer into the night, and we rely on alarm clocks to wake us up. The real risk with alarm clocks is that you might wake up in the middle of a sleep cycle, rendering you tired.

An average time that it takes for one of these sleep cycles to complete is around 90 minutes, but it can vary by up to 30 minutes in either direction.

But here’s some interesting info:

So what CAN you do in order to stop interrupting your sleep cycles?

You can start by figuring out when you naturally wake up, and then use the alarm clock as a backup method, just in case you oversleep. This way, you will ideally wake up at the end of a sleep cycle and you’ll feel more rested.

But sometimes, it also matters what you do the night before…

Had a wild night out filled with heavy drinking? While alcohol may help you fall asleep faster, it also actively diminishes the quality of that sleep.

After drinking, production of adenosine (a sleep-inducing chemical in the brain) is increased, allowing for faster falling asleep. But this high subsides as quickly as it came, making you more likely to wake up before you’re truly rested.

Another reason people get lower-quality sleep following alcohol consumption is that it blocks REM sleep, which is often considered the most restorative type of sleep. With less REM sleep, you’re very likely to wake up feeling groggy and unfocused.

Not to mention the horrible hangovers?—?there’s a reason that most people only drink during the weekend!

But most people also drink coffee every day…here’s why that also might not be a good idea for your sleep. 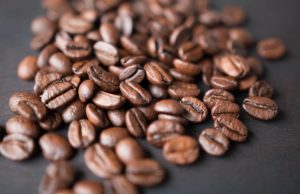 Coffee may be good for your health in general, but it can also mess with your daily schedule.

That’s because caffeine has an opposite effect from alcohol: it blocks adenosine?—?that same sleep-inducing brain chemical that we mentioned above.

A study on sleep-disrupting effects of caffeine was conducted in 2013 at Michigan’s Henry Ford Hospital and Wayne State College of Medicine.

During the study period, 12 adults who were moderate coffee-drinkers kept their normal sleep routines, but were given doses of caffeine in pill form at 3 different points: at bedtime, 3 hours before bedtime, and 6 hours before bed.

Researchers found significant disruptions to sleep as a result of caffeine taken at all three points. They concluded that even 6 hours before falling asleep, caffeine can still affect sleep quality of a person.

A moderate amount of caffeine, consumed at the right times, can be useful and even healthy, stimulating alertness and energy. But if you truly want to have a midday cup of coffee, try to stick to a “2 o’clock cut off”?—?don’t consume any caffeine past 2 p.m, just for good measure.

You can also try slowly switching over to tea or decaffeinated coffee, and you should definitely keep overall daily caffeine amounts moderate as well as be caffeine-free by mid-afternoon.

7. If all else fails, there’s another solution?—?SuperMind. 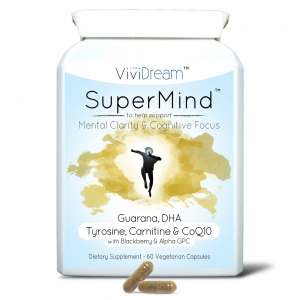 SuperMind is a natural nootropic supplement which can greatly help you out when it comes to having a productive, tireless day.

Just take SuperMind with your breakfast and you’ll be good to go!

If you’re interested, you can check out more info on SuperMind here.